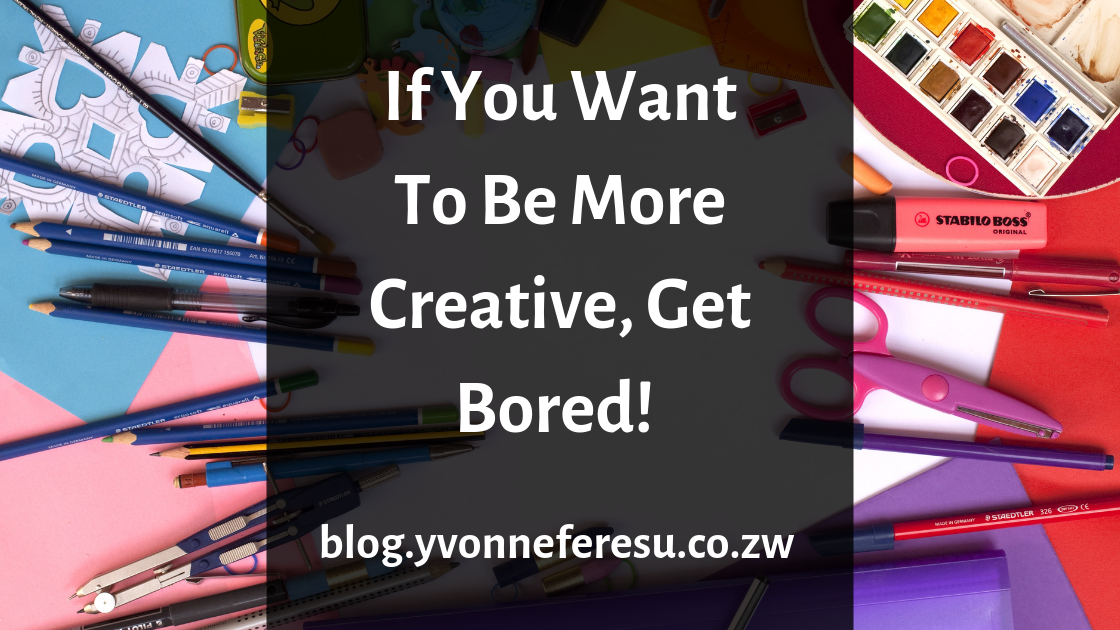 Have you ever been so bored it takes you to the brink of tears? Boredom is a dreaded emotion, and with good reason. It sucks. And it makes you feel like your whole life sucks too. Whilst some people can’t handle being bored, and go on a self-destructive rampage, it can work some pretty impressive magic too.

To be more precise, boredom can lead to some intense creativity, unexpected fun, and funky ideas which you can turn into something more lucrative. Often you might discover things about yourself you may not have been aware of, and that’s always a good thing, because understanding yourself empowers you.

Boredom can be a boon

The majority of us never allow ourselves to be bored, ever. The minute we have any sort of unexpected or unwanted downtime we find ways to kill it, quickly. Standing in a long(ish) queque, sitting in a kombi, walking a small distance…any sort of time we have, we rush to fill, with whatever is at hand. Candy Crush, vines, social media, novels, music, news; anything that grabs attention and holds it. What happens when all your go to distractions are unavailable? It’s panic inducing isn’t it?

This is how my sister and I felt when this one late aftenoon when there was a power cut (this was before the days of massive load shedding). No more internet(before wifi was crazy expensive too) ! The horror! And our last resort for entertainment was eleminated too, television. I had no new interesting novel to read, neither was I very chatty on Whatsapp and she couldn’t access Instagram.

So where did that leave us? Bored as hell.

We only had each other as entertainment, and so we moaned about how boring our lives were in that moment. Which they kind of were, the electricity outage aside, our lives really weren’t at all very interesting at that time. They’re boring, and we know it. We even discussed it in great detail that fateful afternoon.

Anyways to escape this mind numbing boredom, we played a little game. We had dance off. One picked a song, and the other had to dance to that song. Each of us had 45 seconds to dance her butt off whilst the other recorded it on video. We had about six rounds, then called it quits. She lost because she couldn’t stop laughing through an entire video in one of the rounds, but we continued anyways because it wasn’t a real competition.

Afterwards we watched the videos for shits and giggles, and then we went for a walk. Bottom line is we had a great time. The video quality was pretty bad and the lighting even worse, but we it was refreshing and exhilarating. I realised boredom is not such a bad thing.

The good side to boredom

And as a bonus, I learnt I actually have the capacity to choreograph a decent routine if I really worked it. I filed that knowledge away for later. But the biggest plus for me, aside from sisterly love, was the pure shot of energy and zest for life that went into my bloodstream from that little episode (I was doing a lot of self-pitying and self-loathing at the time).

I was still running on that high when I wrote this post that day at 3am. I had numerous little creative experiments I wanted to try after that, and I was crazy excited about them. I had no idea that boredom could be that cool!

If you don’t believe me, or would like more scientific detail you could check out this cool article from The Harvard Business Review and another one from The Atlantic (which I found to be really interesting!) both on the creative benefits of boredom.

Now you try it.

Remove all distractions. Have a time where your mind has nothing to engage it. I mean your gadgets, television, music, books…all of it. Get rid of them. Only remain with objects that hold zero interest for you. Let your mind wander and see what happens. You might not come up with anything initially but eventually it’ll come, just have enough discipline to remain bored.

Share your experiences of a time or times you’ve done amazing things because you were bored.

My 2020 challenge: promises to myself

Why I choose to remain hopeful in a continually hopeless situation

Learning to be best friends with yourself and why it matters