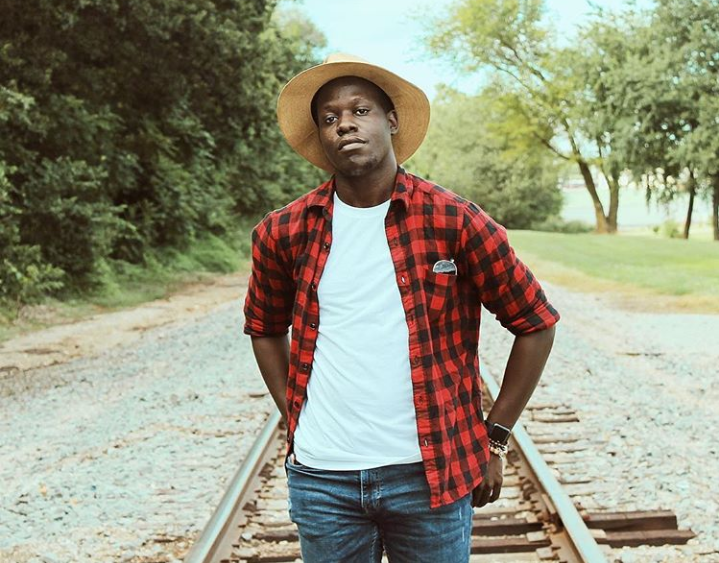 I remember the day I learnt that Gathrie had suffered a severe stroke. Having been off the grid for a while and almost unavailable, I was surprised when my sister asked me if I had heard the news. I thought, “Okay his career as an athlete is over, but it’s not the end of the world, he’s got a lot going for him. He’ll bounce back.”

We discussed briefly what it would mean for him now after recovery, we talked about the after-effects of a stroke, and my sister, as a health professional, could probably envision better what his body would go through during and after his recovery. What we never considered was that he’d die days later. You never think your age-mate won’t make it beyond your years, and you certainly never expect a young healthy man to suffer a stroke.

I’m not privy to what caused his stroke, my sister and I have our speculations, but that’s just guesswork. What I do know was that he lived his life to the fullest, and followed his dream. To readers who didn’t know him, this fellow was young, he was fit and he was a gentle soul. He worked hard in his pursuit of making it as a professional athlete, Track and Field.

He was always good at it. From the day that we were in high school, his talent in the 400m races was evident, making him a star on the Track. Studying in the States was one of the best things that could have happened for his ambition in Athletics, it would have died here. Zimbabwe is not known for nurturing and growing its athletes their fullest capacities. Maybe he wouldn’t have been the next fastest man alive, but he would have lived his dream.

Our history was a little messy, he was after all my high school sweetheart, and for the longest of time, our relationship was strained in the aftermath of its failure. But we made peace of some kind and I was happy to see him flourish. High school was not the kindest to him and I was glad to see him leave Zimbabwe, to start on a clean slate, make new friends and thrive in a new environment.

My shock still hasn’t worn off entirely. We’re all worried about dying from COVID-19 but we forget that there are so many other things that could cut our lives short. It’s not fair that a young person dies. I’d have never thought in a million years (If I ever were to live that long) that he wouldn’t make it past his 25th birthday. As far as nature goes, we should all live long and die old, but that’s not the reality, that’s not the world we live in.

My heart goes out to his family. His mother and his sister, I can’t begin to imagine the nightmare they’re living in right now, and the immense pain that will forever be part of their lives. I feel for his close friends, and the people who saw him daily and those he lived with it. My deepest condolences go out to them, their lives will never be the same.

READ: Remembering that we’re not immortal and to live thus.

No parent should ever bury their child. I hope his mother receives therapy; it won’t bring him back, neither will it erase the pain, but it will teach her how to live with it and how to cope with his loss.

Gathrie’s death reminds those of us that knew him that you never know how long you have to live; that our mortality is very fragile. We are reminded to live every day in the present and to live life to the fullest. Love with your entire being, forgive others and yourself, make peace with those you wronged, keep in touch with your loved ones and always remember that our days here are numbered. He had so much zest for life, and undoubtedly he’ll always be remembered by those closest to him, and those whose lives he touched.

Dear graduates, it’s a bad idea to apply for and accept just any job, here’s why.

My 2020 challenge: promises to myself

The problems with being young and broke