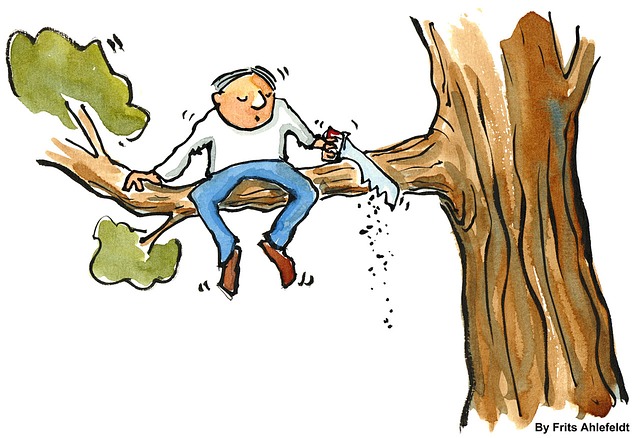 Quitting your job because you hate it, don’t like it or don’t like your boss, is not a solution. Quitting your job without exhausting other options, is not a good idea. It just provides you with temporary relief, but no solution. I quit my job in March, mid-month, and whilst I don’t regret leaving the environment I was in, I certainly wouldn’t recommend taking that route. It may sound daring and bold to give your boss the middle finger then pack your shit and go, but it leaves you with a whole lot of other problems. So unless you have an actual solid plan, don’t do it.

Here’s why I quit mine…

The environment was toxic for me…there I said it. I quit my job into the 6th month because I couldn’t bear it anymore, and I was sick of people telling me to hang on whilst I searched for another one because, basa rinotsvagwa uri pane rimwe (job hunt whilst maintaining your current job). But what about what’s happening to me in the meantime? What about my mental well-being? I didn’t have the same kind of motivation to stay that people with families do and I wouldn’t face the same kind of consequences people who completely fend for themselves do.

I got a job straight after graduation. To be accurate, I started the training weeks before graduation, a little after completing my studies. I was training to be a clerk/cashier in a gaming hall. I hated that job, but at least the environment wasn’t necessarily harmful. Going for the training didn’t guarantee getting the placement straight after, but I only waited for a week, before becoming an official employee. A week into working as a clerk (officially employed with a paycheck) and I moved up to head office, to join the creative and design team. I was thrilled! Beyond excited. I had just landed a job doing one of the things I absolutely loved! Blogging and Copywriting, my future was definitely looking up. I was ready to slay at it.

I bounced out of bed, singing, every morning and danced my way to work. By the start of January I was crawling out of bed at the last minute and switching completely to autopilot. My mind and body were now operating on different realms, my mind dumping my body at the office, then swiftly flying away. In retrospect, the realization of what I had walked into trickled in slowly, like water from a loosely closed tap. Every day a little part of my windshield was scrubbed clean until eventually I started to see the real picture in its entirety. My hope died. A little after, my spirit started to suffocate.

I wasn’t going anywhere with this company or in it. There wasn’t room for that kind of growth. I wasn’t learning anything either, or at least nothing that enhanced the skills I was selling. I could have learnt to do other people’s jobs, but I wanted to learn to be better at what I was hired to do. I had a specific set of skills I wanted to develop but instead they lay forgotten, starting to waste away. My brain was decaying, I could almost smell the stench of my dying brains cells from lack of use. I was hired without the changes being made for me to step into my role, so I sat like an ornament in the office watching others do their jobs.

It soon became clear that even though from my job description, I had multiple duties it was only on paper. None of it applied to me. My roles were there, they were just assigned to other people. This set-up was there before I joined, and they never changed it when I came on board. Suffice to say I complained to my boss about my inactivity, but I suppose he had a lot of battles to fight on too many fronts to worry much about me. Organizational politics interfered a whole lot.

Soon I realized I was pouring precious time down the drain, that I could never get back, for a few hundred dollars (which, in retrospect, where pretty important). But not only that, it soon became clear to me that I was of no worth in the company. My skills weren’t valued, therefore I was barely contributing the way I could have. I was the girl who got paid sit around and just be there. It was a painful existence . If you took me out of the picture, nothing would be affected, I seemed that irrelevant. The the entire company passed through our office (we had an open floor plan) on their way to the cafeteria for lunch, and would see me lounging in my chair with an empty desk. I had no computer in the last months I worked there. It sucked.

Little pieces of me where dying everyday, and I could feel myself going to a really dark place. My confidence in my abilities was starting to corrode. The version of me I had worked hard to build was transforming into something I didn’t recognize and didn’t like. Staying in a toxic environment is like staying in an abusive relationship, it destroys you slowly and entirely, without your awareness. It changes you over times in ways you can never imagine. I spent 3 years studying Psychology, and I wasn’t going to disrespect my education by disregarding all I had learnt.

At the end of the day I chose to save my sanity, I chose to protect my psyche, over the arguable benefits of keeping my job. I had talked myself out of quitting and let those close to me convince me to stay for too long. The months were moving whilst I promised myself one day I’d leave. I stopped waiting for my mum’s permission and decided to bid my time. Ultimately I reached my breaking point when I least expected it and I left.

I was quite dramatic then wasn’t I? I wrote that part on the day I handed in my resignation letter without notice. I have grown up a little more, and in hindsight I believe there are several ways I could handled that. I got hired by an agency about 4 months later, so it turned out well for me, but it could have gone sideways. When you leave without a plan you robe yourself of an income, and once your savings run dry (if you had any) you’re in a world of sh*t.

If you feel the strong urge to leave, I suggest you try to talk to someone experienced who could give you an objective view of the situation. If it’s a problem your boss could directly change, approach him/her and talk about it. Say what your feel (with a whole lot of humility!) and figure out ways the situation can be mended. Take time to reflect, maybe you’re the problem or part of it in your situation, and any change has to start from you. If you’re not getting paid at all, but keep losing money that’s a different issue. There are a whole lot of other scenarios that can make leaving the best option, but there are other situations where you could fight for your job before giving up.

How quarterly reviews can help keep your goals on track

The harsh reality of worklife: the 8-5 grind truly is a rat race…

Why bother trying when all your efforts keep amounting to nothing?