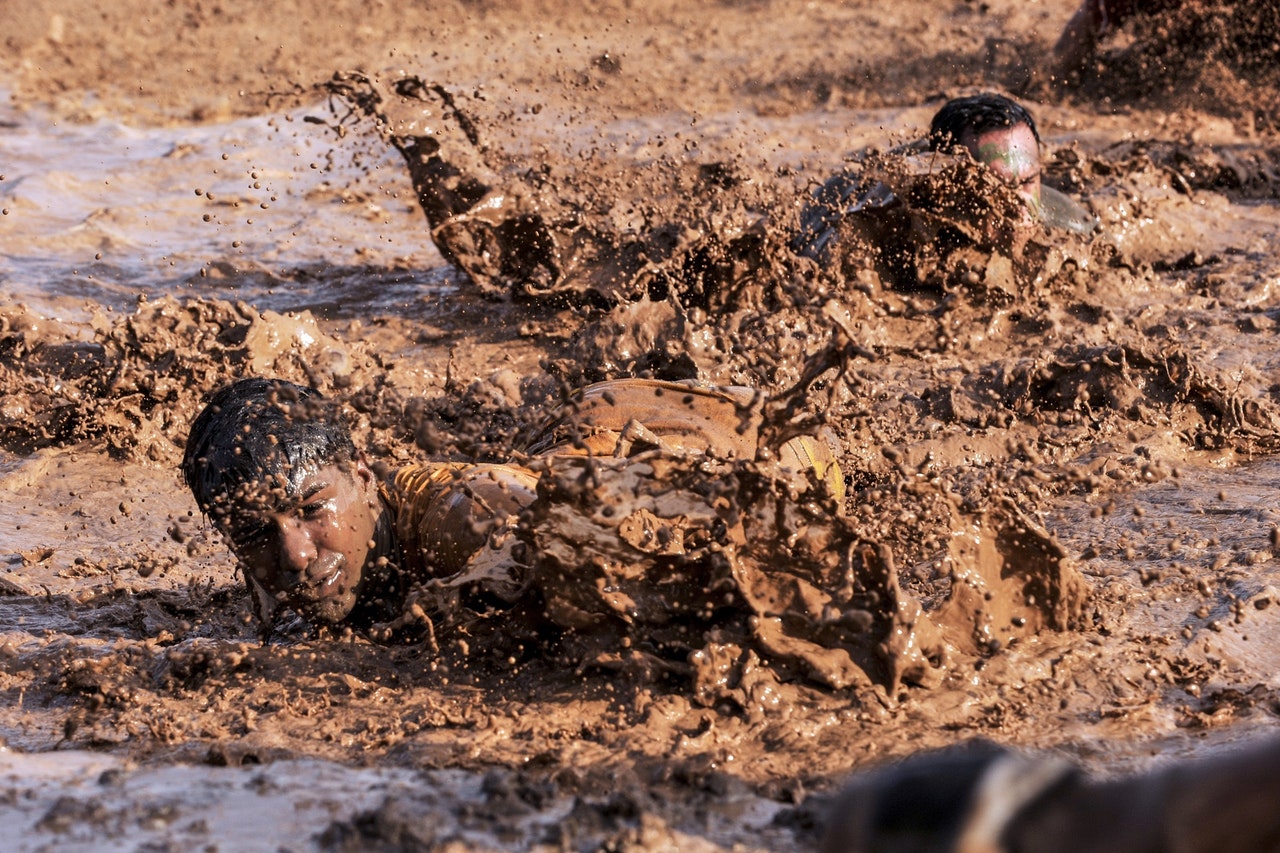 Sometimes you have to go through the dirt

I had been trying to write for days, when I finally wrote this, but kept coming up with cookie cutter BS. The kind of stuff, I, myself would never read. Zero originality, zero personality. It’s as if my muse had decided to dig a massive hole in the earth,  and bury herself with soil, just when I had finally gotten myself to stop procrastinating, and start the damn blog. It’s like that time when you have timed everything perfectly and you’re right on schedule, then just as you’re about to leave the house you feel an urgent bowel movement…and suddenly you need to take a dump. You try to ignore it, save it for later, because…hello, you’re actually on time today! But the pressure against your backend is too much, so you give in and go relieve yourself. And then obviously now you’re late, and in a massive hurry, feeling hassled. That’s precisely how I felt. I was finally making that dream happen, reaching my goal, and all that awesome stuff about achievement, then my muse goes on strike? I mean WTF though?.

And it happens often doesn’t it? You’re finally trying to make it happen for yourself. You’re making little bits of progress, gaining momentum, and you’re absolutely proud of yourself. And then of course, sh*t starts to happen, and you think, ‘WTF?‘ Kind of feels as if the universe is conspiring against you (okay that’s a little dramatic, but you get my point). Or that it’s a sigh from the Universe, and you’re wasting your time (which is pure BS, if you find yourself thinking like that then you need help…asap). But I understand it’s a dreadful feeling,  I totally get it. I mean you’re finally doing something! And yet so many things get in the way before you even fully launch! And it’s frustrating as hell. That’s when you realise that motivational books or audios, or videos…lie. Or at least they oversimplify and glamourize the hustle. It actually seems pretty cool and awesome to struggle a little (or a lot), when you’re listening to or reading those things. But it doesn’t feel cool, it really sucks. A lot.

See what people fail to mention is that there is no singular hard part. Part refers to a single portion, so no. There are going to be numerous tricky little situations (or big ones), with domino effects that leave you wondering, “WTF?” You’ll possibly encounter these everyday, or every other day…or if you’re lucky, only often. If you’re like the ordinary human being you’ll have entire WTF days that seem as if a herd of flying elephants shat in your space as they were flying past, and everywhere you set foot is dung. Basically entire sh*t periods. Periods that you will simply have to wade through, breathing in the stench because you can’t hold your breathe for that long. Of course you could try breathing through your mouth but that might feel as if you’re eating it, even tastes like it…so you’re better off just smelling it.

Anyways the point I’m trying make here is that, it’s going to get tough. It’s going to be frustrating, enraging, incredibly demotivating and painfully disheartening. Most of the warning we receive don’t illuminate this clearly enough, so most of us quit before we even finish starting. You’re possibly going to feel like crap about yourself, a lot, and that’s perfectly okay. It’s okay because there’ll be good days. There will be awesome days; terrific ones when you’ll imagine that the world is your oyster and you can walk on water. Heck, sometimes you’ll even start to feel like you’re God’s gift to mankind (you need to calm yourself down when this starts to happen), because it can get that awesome. But you need to take the sh*t with it too and learn to deal with it. Most importantly though, is that when you hang in there, you’ll begin to see your progress. You’ll see the evidence of your hard work and sh*t smelling. Often you can measure it, and that’s the best part. You’re not where you started off and that is worth acknowledging.

I’m not claiming to know the secrets to productivity, or success or whatever (if I did, Zuckerberg would be on my payroll by now), but I do know that we can do amazing things. When we try. We can figure out how, because whatever we’re doing, it’s been done before. And they didn’t do it by just sitting in the sh*t…instead, they waded right through it.

PS: If you enjoyed this article, please share and spread the love, thanks!

Dear graduates, it’s a bad idea to apply for and accept just any job, here’s why.

Learning to be best friends with yourself and why it matters