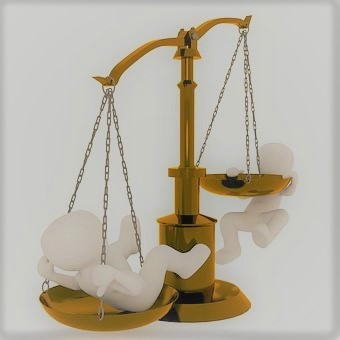 You can use comparison as a tool to get ahead

You shouldn’t make a habit of comparing your life to someone else’s, but we do, often. Because that’s easier said than done, and well, comparisons are natural. It’s easy for someone to give you that odd piece of advice and it’s even easier to give it yourself. I say it’s odd, because it’s one of those little nuggets of wisdom that are profound, yet not fully exposed.

It’s similar to when people say, “Consistency is key.” Except, they don’t tell you about the multitudes of times you might falter, but get back on track. They don’t tell you of the times you’ll despair and want so desperately to quit. That simple phrase doesn’t speak of the times you seem like a fool to the people around you, neither does it talk of the amount of times that passes before you start seeing real results.

Phrases like that don’t address the deep and hidden issues. That compact piece of wisdom doesn’t tell you that making comparisons is natural and inevitable. You compare almost everything you see, hear, touch, smell and taste. Almost all the decisions you make involve comparing one thing against the other, one option against the other. It’s inherent and necessary.  Recognize how, where, when and why, when making comparisons, matters. Use it like a tool. Your interpretation of the results you get using that tool is what matters. The value you choose to place on those results is what is crucial.

Take for instance, you bump into someone you went to high school with six years ago. We’ll call this person Taylor (you can allocate whichever gender you want to Taylor, I pick female). So you guys run into each other, and you chat a little. In your little talk, you pick up that Taylor graduated from university about a year and half ago and she’s had a steady job since. You can tell her job pays her well, there are hints all over her appearance, her confidence, and the lunch bill she picks up for both of you. To add salt to the wound she invites you for drinks at her apartment, “whenever you’re free,” she says, after dropping you off at your desired destination. Clearly, she’s now an independent woman. Oh, and did I mention her job seems pretty swanky?

Now Taylor wasn’t trying to show off, neither did she boast or anything of that sort. You were just exposed to her current reality, and it stung. It stung maybe because you haven’t finished school yourself, or you haven’t started. Maybe you don’t even plan on college. Or you did take that route, graduated, but you can’t seem to get a job, or you do, but it’s paying you peanuts. So you feel incredibly like you’re behind. And economically speaking you are. But this is where it gets interesting, you need to choose the value you place on this little conclusion. And to do this, here’s something you must remember:

You have to run your own race.

Need I repeat that? You have to run your own race. Let me elaborate.

The world of Track

I’m going to assume you’re familiar with the sport of Athletics, particularly the sprint races. You know the most popular one 100m, the second most popular 200m, but I’m going to tell you about the 400m. See, the thing is, 100m needs most importantly pure speed, 200m is both speed plus endurance (there are lot more things involved but for the sake of this post, we’ll stick to the simple version). 400m on the other hand, is a race of the mind. All the other elements are important, but the psychology of it is the most crucial.

Keep in mind that 400m is a sprint, just like 200m and 100m. You’re not jogging, or running fast, you’re sprinting over a long stretch. By the time you reach the last 100m, you’re in pain. Literally. Lactic acid accumulates in your thighs because of the type of respiration your body is using. That being said, it’s a painful and long race (even though it’s run in under a minute). But that’s the beauty of it, because it’s so long and painful, you need strategy. Yes, you can strategize and sprint at the same time, you’ll be surprised at what your mind can do.

400m was my race, and I won epically a number of races. I also lost a couple, to my utter devastation. But I’ll tell you what I learnt, most importantly, as a 400m sprinter you have to run your own race. During the race, you kind of have enough time to turn your head and check where the others are, that is, if you’re not the last one. But, there’s a danger in doing that. You lose precious milliseconds when you turn, and milliseconds are everything in a sprint race. On top of that, you hamper your momentum, and you can imagine how important that is.

At the beginning of the race, when the gun goes off, your chosen strategy will be affected by the lane you’re in. The athlete in lane 8 and the athlete in lane 1 will have differing strategies because they each have an advantage and a disadvantage. See, the athlete in lane 8 appears to have a head start because of the staggering, when in reality the distance to be run is exactly the same. But it’s the perception that matters. Feeling like you’re in the lead can give you an incredible push, and confidence. You’re also very motivated to maintain the lead, so you run extra hard. But there’s a downside, you’ll see it a little later.

When you are in lane 1, the inner most lane, it feels as if you’re far behind the athlete in lane 8. This is because their start line in about 50m ahead of yours. This is done so that all of you run excatly 400m. I won’t get into the science of it, but you can read this simple blog post to get a better understanding, The Race We Run. Anyways, as the athlete in lane 1 you may feel incredibly behind, but your advantage comes in when you enter the curved part of the track. Your distance is much shorter, therefore you gain a lot of ground. By the time you enter the second curve, you can quite possibly overtake the athlete in lane 8.

If you’re in the outer lanes you take advantage of your “head start” and maximize the straight parts of the track. If you’re in the inner lanes, you take advantage of the curves and the element of surprise. Because you can see how fast your competition is running, you can strategize better. If you’re in lane 8, you’re running blindly, which means you have to push so they don’t catch you. In 400m if you push too hard at the start of the race, you’ll wear yourself out, remember it’s a long race. But if you’re completely relaxed you’ll never be able to catch up with the others.

It seems a little complicated for just running doesn’t it? But that’s how it is. Now whatever strategy you pick will depend on a lot of things, do you see that? That’s why you need to run your own race. Sometimes you’re running against seasoned athletes, who are 10x better than you, but that doesn’t mean the race is pointless. You could compete against your own previous times. If you talk to athletes at the 400m start line you’ll soon realize that whilst they might all want gold, that’s not necessarily what they’re all expecting. So their aims will be different. The point is, in order to stand a chance at even finishing the 400m, you have to remember to run your own race, even whilst competing.

Comparison as a tool

Now let’s get back to comparing yourself with your peers. One of the best ways to use this tool is firstly, establish your goals. What are you aims? What are you working towards? Often we compare ourselves to people who’s journey is completely different from our own. On the surface it may look the same, but if you look closely, your goals, values, desire and beliefs are probably all different. They will never be exactly the same. Think of Shakespeare and Einstein. They both influenced their fields tremendously, they’re both long dead, and both were male. But you’re not going to find too many similarities after that.

By all means, compare yourself to others, but be aware of why you’re comparing and who you’re comparing yourself with. Comparison can help you see where you’re going wrong, and what you’re doing right. It can help you come up with better and improved ways of going about your business, but only if you’re doing it the right way. Sometimes it can tell you what not to do and save you lots of trouble. You also need to remember that we all have different disadvantages as well as advantages. The environment you grew up in, or that you’re in, is different from your peers. Your background, your abilities, skills, values…it’s all different.

Maybe Taylor got that car as a graduation gift from her parents. And possibly she chose a field that’s in demand right now and that might not require too many academic qualifications to her name. Maybe her field is purely skills based. Taylor could also be quite extraordinarily good at managing her money, so she gets ahead faster. Learn what you can from Taylor, but remember your destinations are not identical.

Be comfortable with yourself

You need to be comfortable with the choices you made, and be excited about where you’re headed. If you’re not confident of your abilities and decisions, comparison will kill you. Remembering that you have a strategy, and that you have your own race to run will chase away the occasional feeling of inadequacy, inferiority, envy, jealousy and demotivating thoughts that will come with it. When you’re secure in your own ambition, what someone else achieves should work to motivate you and push you harder when you compare. Compare how far they have come in achieving their goals, and how far you have. Let it fuel you and give you that edge that doubt and fear can erode. As I said before, comparison can be a powerful tool.

Remember you have time on your side, if only you recognize how to use it to your advantage. To understand this better, you could read the post I wrote on, ‘Achieving your goals by understanding the power of time’.

I have a challenge for you. Talk to your peers, the ones you admire, learn about their journey and their vision. Ask them how they got there, how far they plan to go, learn from them. Then return the favour. You may have something they would like to learn too.

A tribute, to a phenomenal woman, on her day of birth.

Remembering that we are not immortal and to live thus.

I applied for the Chevening scholarship and got rejected.